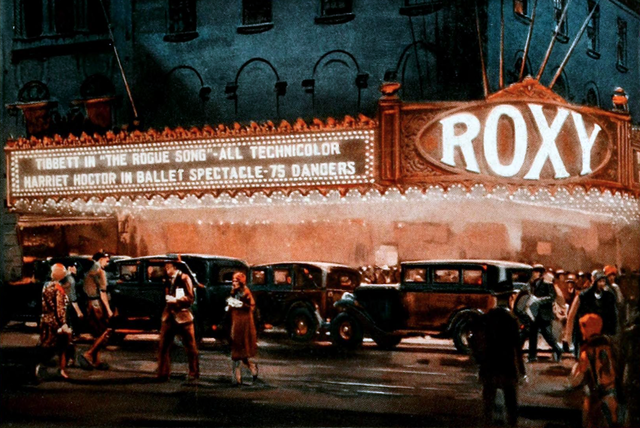 Note to those who receive new posts via e-mail: You must click on the title of the new post, highlighted above in blue, in order to access moving images and sound.

Although his career extended well into 1962, ending with the remake of Mutiny on the Bounty, Lewis Milestone is remembered primarily for his 1930 All Quiet on the Western Front. In the early sound period, he was one of Hollywood’s most successful and prestigious directors, winner of “Oscars” in 1927 for the comic Two Arabian Knights, in 1930 for All Quiet, and nominated in 1931 for The Front Page. In 1932, he was named head of production at United Artists and directed a film adaptation of the 1922 hit play Rain, based on W. Somerset Maugham’s story “Miss Thompson.” Raising issues of sexual repression, the situation of women, and the political heft of religious fundamentalism, the action of Rain is confined to the public room of a general store/hotel on the South Sea island of Pago Pago.

Milestone, renowned for the epic dimensions of the war sequences in All Quiet, and for his mastery of the moving camera, finds strategies to invest an essentially one-set narrative with pertinent movement as well. Staging Rain in depth and in protracted shot durations we associate with the later masterworks of William Wyler and Orson Welles, Milestone avoids the onus of “canned theatre” and engages the viewer in the often circular dynamics of viewpoints that inflect the dialogue and the social context of the piece. With his fluid camera, we follow the itinerary of the prostitute, Sadie Thompson (Joan Crawford), desperate for freedom yet, for a while, entrapped in the moral universe of Mr. Davidson (Walter Huston), the religious fanatic.

The long tracking shot occupies a key position in the film’s rhetoric: it immediately precedes the introduction of the star. As they move forward on the ship’s deck, the marine O’Hara (William Gargan) hears Horn (Guy Kibbee), the proprietor of the general store, decry the power of “the professional reformer,” Davidson. The movement is interrupted by Sadie Thompson’s “red-hot mama” raucous theme song, a recording of “St. Louis Blues.” There follows a series of brief closeups: the quartermaster Bates (Walter Catlett), the amazed expressions of the marines, and finally the anatomized body of Sadie: hands, feet, face. For 1932 audiences familiar with Joan Crawford’s MGM face, invariably lit and made-up to flatter her features, the raw impact of her initial exposure in Rain must have come as the shock it was meant to be. Her tartish get-up and her grotesque, starkly outlined eyes and mouth convey the look of a woman who has seen it all.

The contrast with her glamorous Flaemmchen in Grand Hotel, released the same year, is startling. 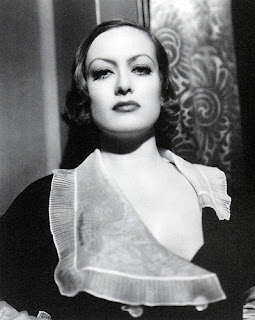 Ten minutes later, it is the quartermaster who marks the opening of a protracted shot that emphasizes the privilege of Davidson. As Bates repeatedly bids the missionary’s “goodbye,” he twice circles the grim-faced principal characters, seated at a table. The rotation includes Sadie and her vastly amused marines in the background and ends with Bates exiting the shot and the confines of the action to the open sea.

The unmistakably cinematic trajectory of this tracking shot draws into uncomfortable proximity the stiff-necked Christian rectitude of Davidson and his group and the easy ways of Sadie and her drinking companions.

The film’s longest tracking shot is immediately preceded by deep space staging in Sadie’s room, extending the range through the use of the mirror. The camera then tracks the despairing Sadie and the comforting O’Hara on the veranda, stopping and starting, finally reaching a provisional conclusion. The lens functions as a third presence on the veranda with the two actors and also as an omniscient viewpoint from outside that includes the interior space and the dinner table. The sequence, beginning with the extension of Sadie’s room, then the six-minute walk on the veranda, and the conclusion that takes in the group at the dinner table, collects the private and public tensions that form the narrative.


The visual schemes of movement and stasis centered on the boat deck and the veranda prepare for the dramatic peak of Rain. The reformer has succeeded in converting the prostitute, presiding over her rebirth as a penitent and pious Christian, ready to return to San Francisco and a three-year prison term. The camera lingers on a shot of the dining room and Horn reciting Nietzsche, all the better to set off the agitation of Davidson, pacing the veranda, in and out of pools of light. Sadie appears in her window, calling to him. She has been scrubbed clean of her garish makeup and trashy dress. Punctuated by a swipe-pan, the face that made Joan Crawford a star is highlighted in closeup in the window frame, an image meant to strike us as irresistibly beautiful. His voice filled with desire, Davidson says as much—“radiant, beautiful.” Sadie lifts her face to catch the light and we must concur. A moment later. Davidson enters her room and rapes her.

Rain did poorly at the box office in 1932. Reviewers took small account of the director’s inventions; the public was probably put off by the deglamorized Crawford, perhaps even the critique of intolerant morality.

In his subsequent three-decade-long career, Milestone was responsible for some disappointing genre films, but also remarkable titles of a true auteur--The General Died at Dawn, Of Mice and Men, The Strange Love of Martha Ivers, and a trio of war films, The Purple Heart, A Walk in the Sun, and Pork Chop Hill, worthy of the director of All Quiet on the Western Front. I will return to Milestone in future posts.

Note: the complete film of Rain is available on Youtube.

Posted by Charles Affron and Mirella Jona Affron at 11:53 AM

and with Mirella Jona Affron

Follow by Email. If you wish to receive notice of new posts, please enter your e-mail address.